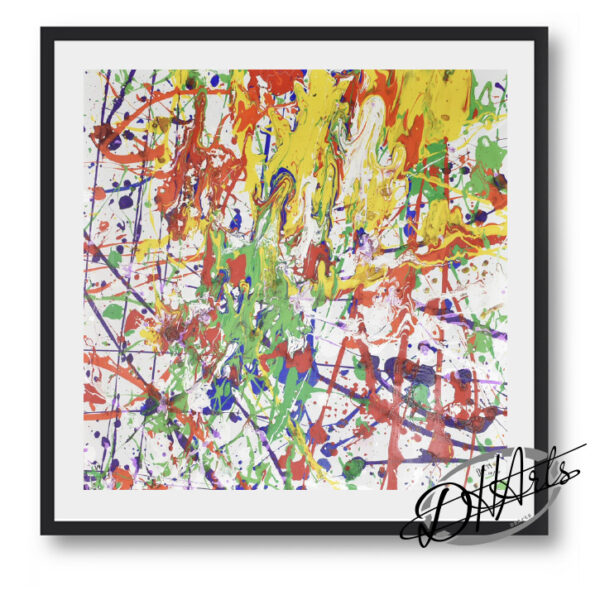 Unrestrained, relaxed in their peer group, they brought an embodied response to the whole process. Excitement, giggling, laughing, enjoying life on that sunny day.

Yet, behind the spontaneity lies a carefully thought-out rationale; Jackson Pollock, the American artist, (1912-1956) was the first to discard the idea of painting on a canvas, propped up on an easel. Instead, he laid large canvases on the floor of his studio and dripped the paint, using large brushes, bottles, tins or pieces of rough wood. He believed that the painting had a life of its own and he saw himself as a mere facilitator so the natural energy of the image could show itself.

His work inspired the pupils to express themselves and release the inherent life of the empty canvases.